The UK Inter-Counties Cross Country is a highly competitive race with entry being via selection only. This year Tynedale Harrier’s Ellen Ricketts (U15), Jonny Currie (U20) and Max Pearson (U15) all gained selection to represent the North East Counties.

A newly designed course saw the mass starting line up quickly turning a sharp corner and immediately climb a steep hill. I heard, on more than one occasion, it being described as “a tough course”. Luckily the wind was not as ferocious as forecast, the course was dry and the sun was out.

The U20 men were first to run. Jonny Currie is currently at University in Birmingham and so enjoyed a nice leisurely morning and journey to the course. In a field of over 300 runners Jonny had a great run, finishing in 102nd place and was 6th finisher for the North East team. The team finished in 6th place.

The U15 Boys team were tipped for success. They did not disappoint. Max found the course tough and at times dropped down the field. However, in his now customary strong finish, he stormed the last section of the race to cross the line in 6th place. He was very closely followed by team mates Reece Curtis of New Marske (9th), Josh Cowperthwaite of Middlesbrough Mandale (10th) and Kieran Hedley of Morpeth (23rd). As a team the boys amassed a total of 48 points to take Gold; teams in Silver and Bronze positions both scored 91 points. It was a convincing victory and quite an accomplishment to become UK Inter-Counties Champions for 2015.

Ellen Ricketts had a long wait for her race as the U15 Girls were the penultimate race on the timetable. Ellen had not felt 100% prior to racing and was too unwell to complete the race, pulling out halfway through. It took Ellen a while to recover but she is now well again. Tynedale wishes you well Ellen and we will see you back in training soon. 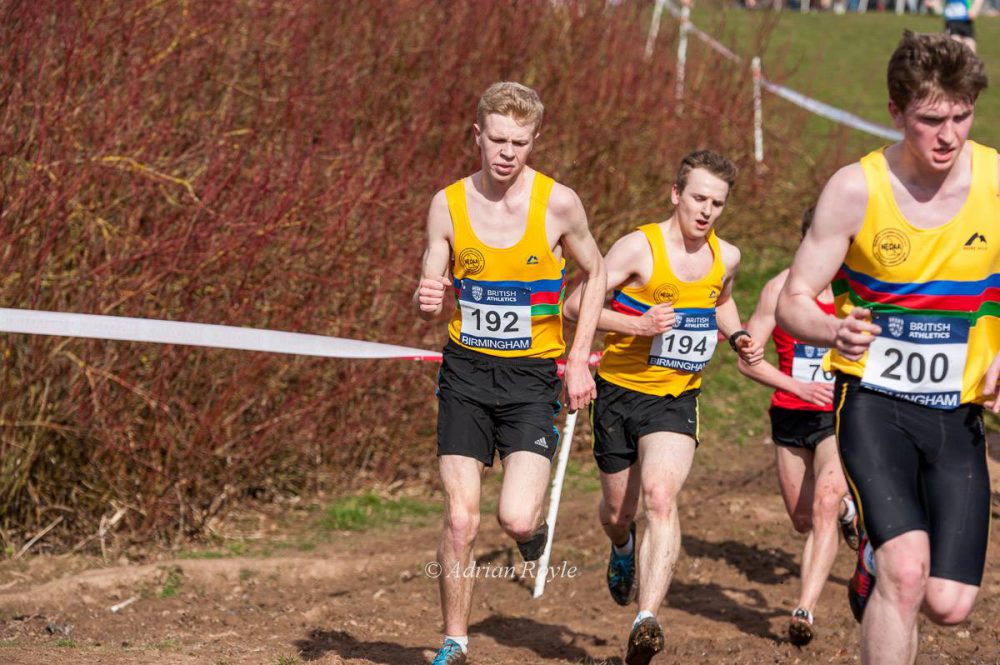 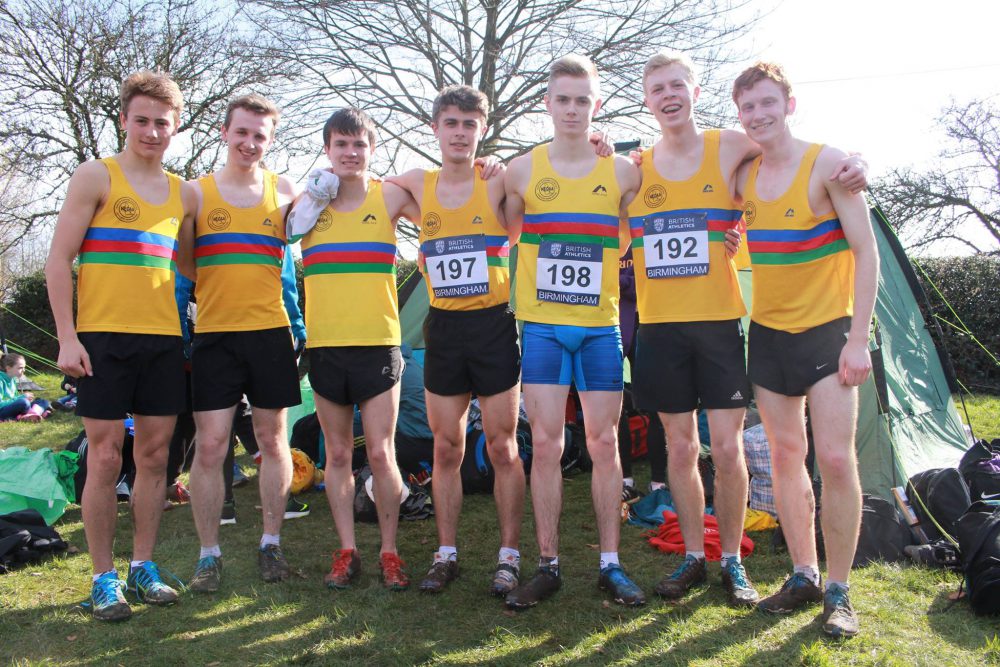 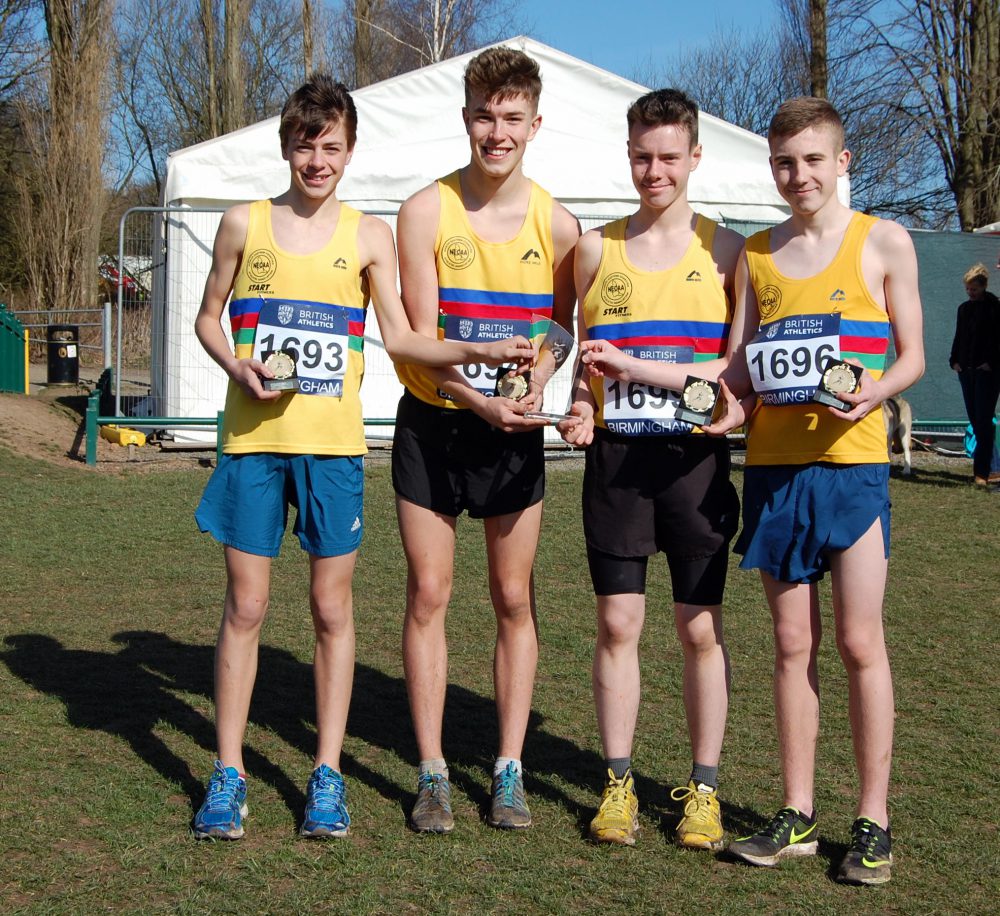 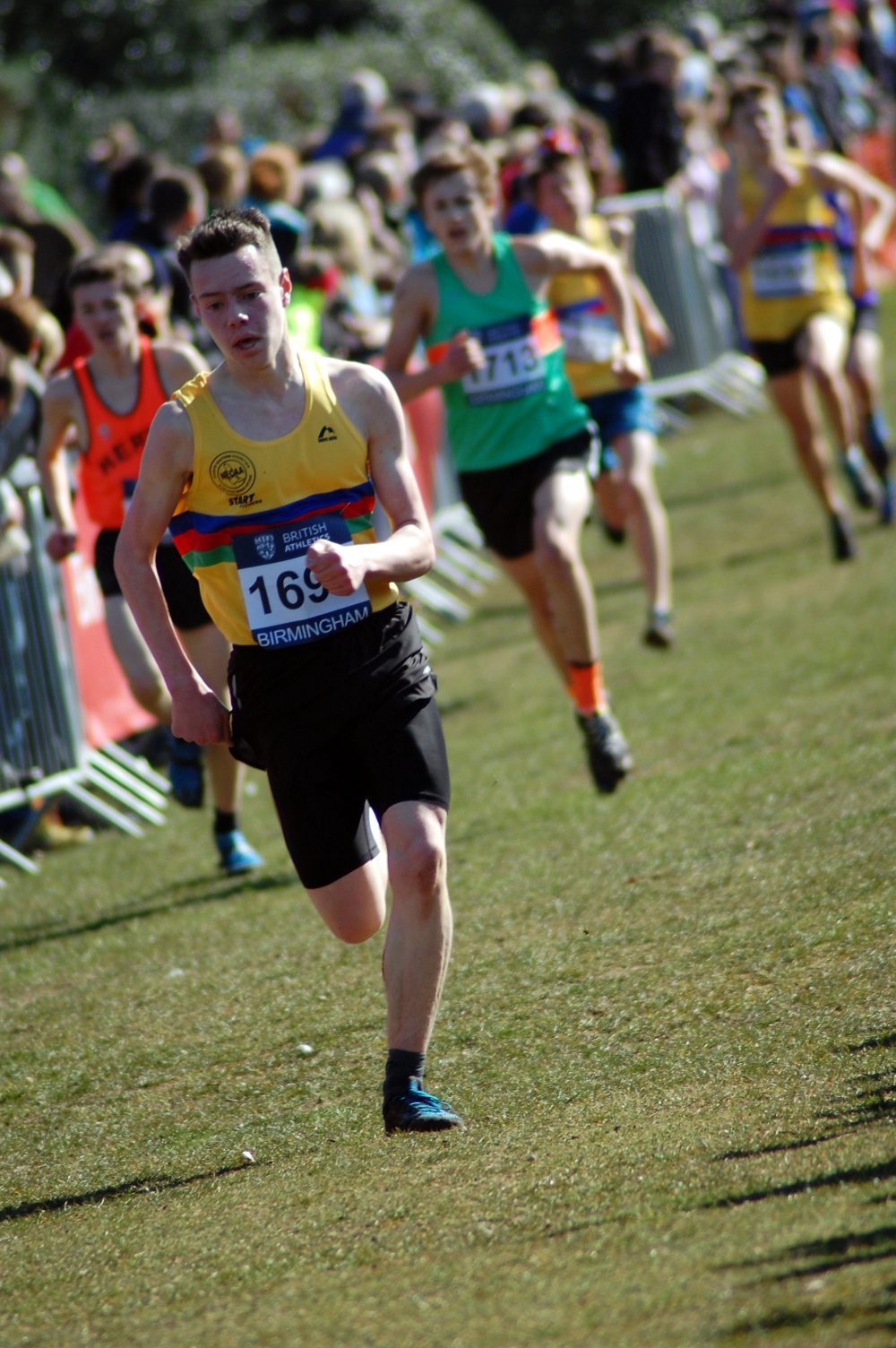