The wind was whipping up nastily at 7.00am as five of our Junior athletes set off for Sheffield on Saturday 6th December. Excited by the prospect of races and enjoying a good deal of friendly banter the three hour journey passed quickly. The Juniors were followed down by a van load of Seniors who, due to the race programme got a bit of a lie in, leaving the North East at 11.30am.

Entries to the event closed early due to numbers. There were literally hundreds of athletes down at the England Institute of Sport, a brilliant indoor venue incorporating a 60m straight and a 2oom track. 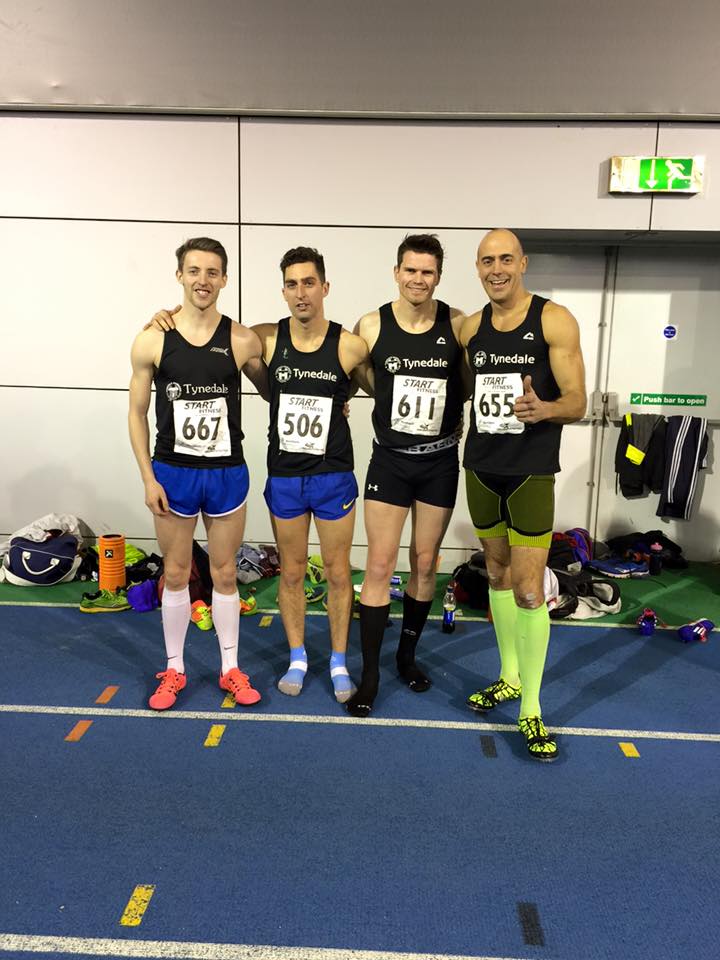 Kate and Louise Smith competed in the Long Jump and Shot Putt. In the U13 Long Jump Kate jumped 3m55cm. Louise finished 7th in the U15 Long Jump with 4m30cm. In the Shot Putt Kate recorded a distance of 5m21cm.

Vinne Proudlock was up first on the track in the U17 60m Hurdles. This was the first time Vinnie had raced indoor and he was really keen to make the most of the atmosphere and lack of weather. His aim was to run sub 10secs. He had a great run and got the Juniors off to a good start with a time of 9.59secs.

Vinnie raced again in the U17 60m as did another indoor debutant, Rosina McLean. Vinnie ran the 60m in 8.03secs and Rosina 8.59secs.

Max Pearson and Cameron Grey competed in the U17 3000m. A gruelling race that sees the athletes run 15 laps of the 200m track. A test of both competence and focus. Both lads marginally missed out on their targets but should be happy with their performances. Max ran 8:57.85 and Cameron ran 10.11.77. Max was the fastest U17 on the day.

All the athletes enjoyed the day and represented Tynedale impeccably.

The return journey was a little quieter. Huge thanks to Baynes Travel and especially to driver, Colin Wraith, who drove us safely back to Hexham at 10.oopm through some horrendous weather conditions. 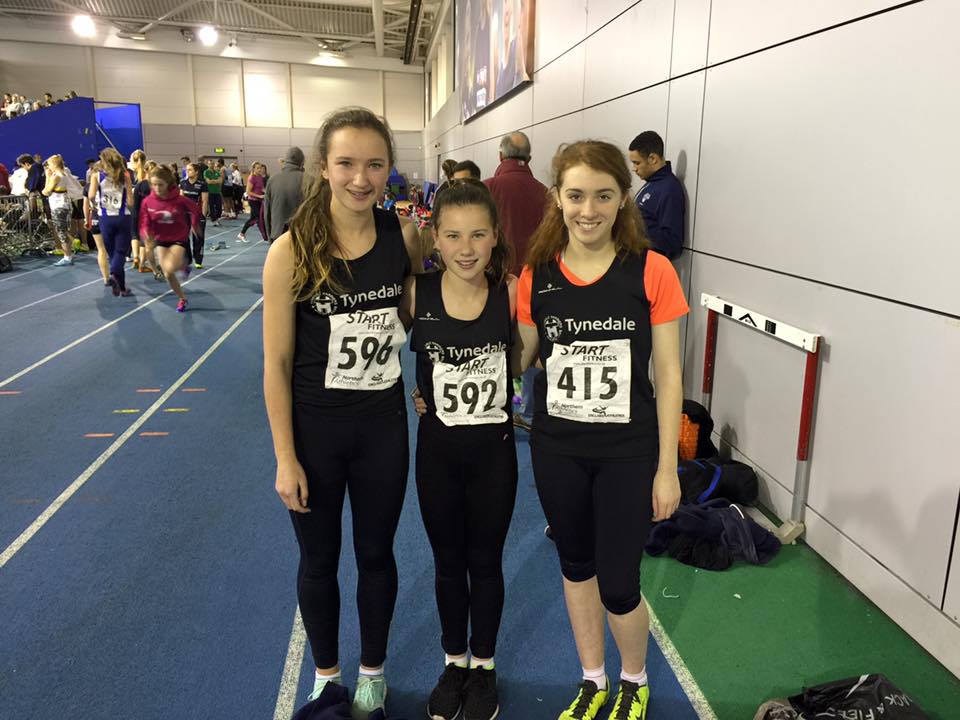