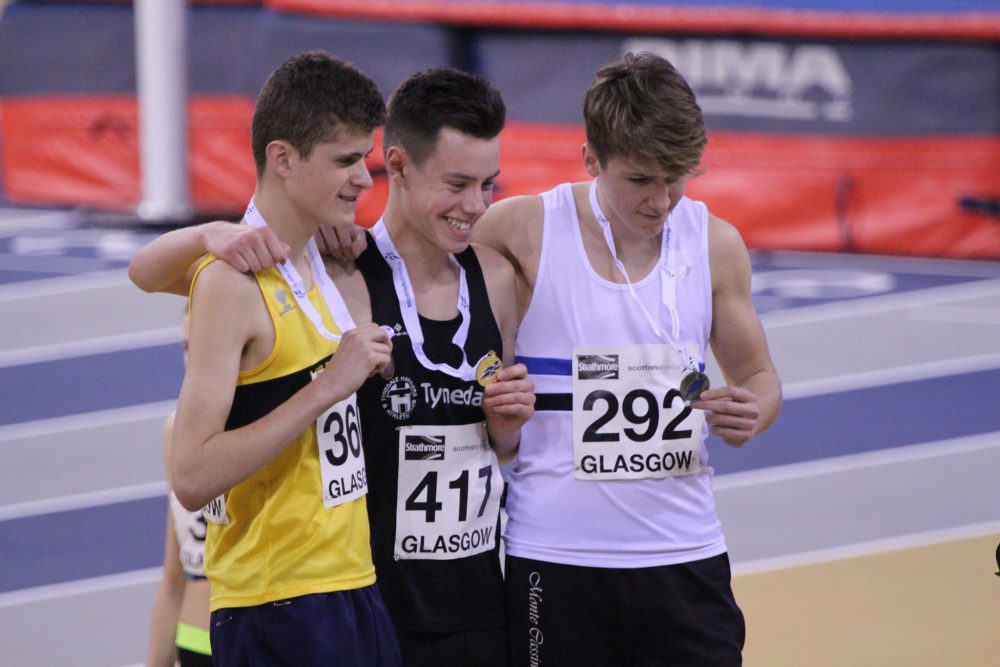 North East athlete, Richard Kilty stole the show in the 60m winning in impressive style (6.65 secs). Tynedale did, however, have their own share of the spoils with some great racing.

We brought home two medals. Liam Collins won silver in the Senior Mens 60m hurdles (8.48), the V35 athlete unphased by his younger competition. Max Pearson became Scottish Champion in the U17 1500m (4:16.09). Max ran on the shoulder of Edinburgh AC’s Matt Dougall before taking off with 500m to go and kicking again 200m from the finish. 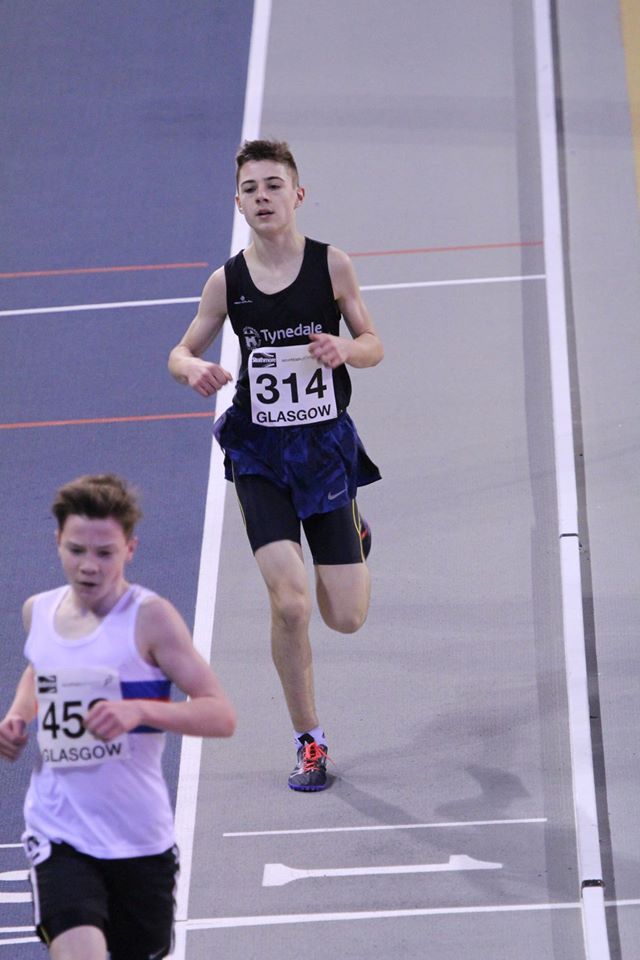 We had two finalists in the Senior Men’s 800m too. In the heats Adam Pratt was unlucky to miss out on a final place finishing 4th (2:00.71). Jonny Currie finished 2nd in his heat (1:55.84) to qualify automatically for the final. Greg Urwin also finished 2nd in his heat (1:59.11) to book his place in the final. In the final both men ran well. Jonny went out fast but, following a fast race just a couple of hours earlier, was unable to maintain the pace. Greg started more conservatively and finished strongly. Greg finished just outside the medals in 4th place (1:55.89) and Jonnie finished in 7th place (2:02.37). 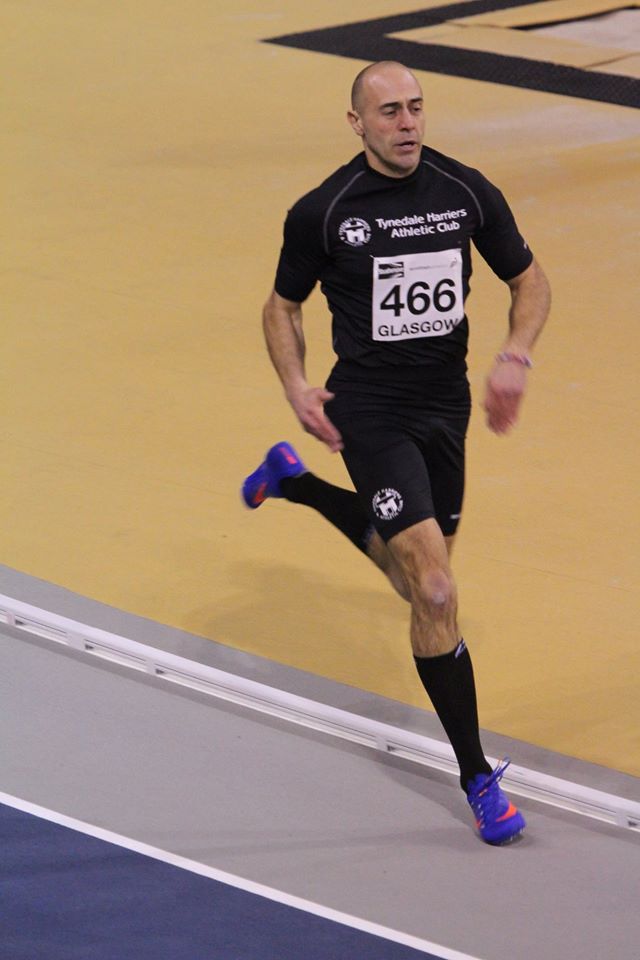 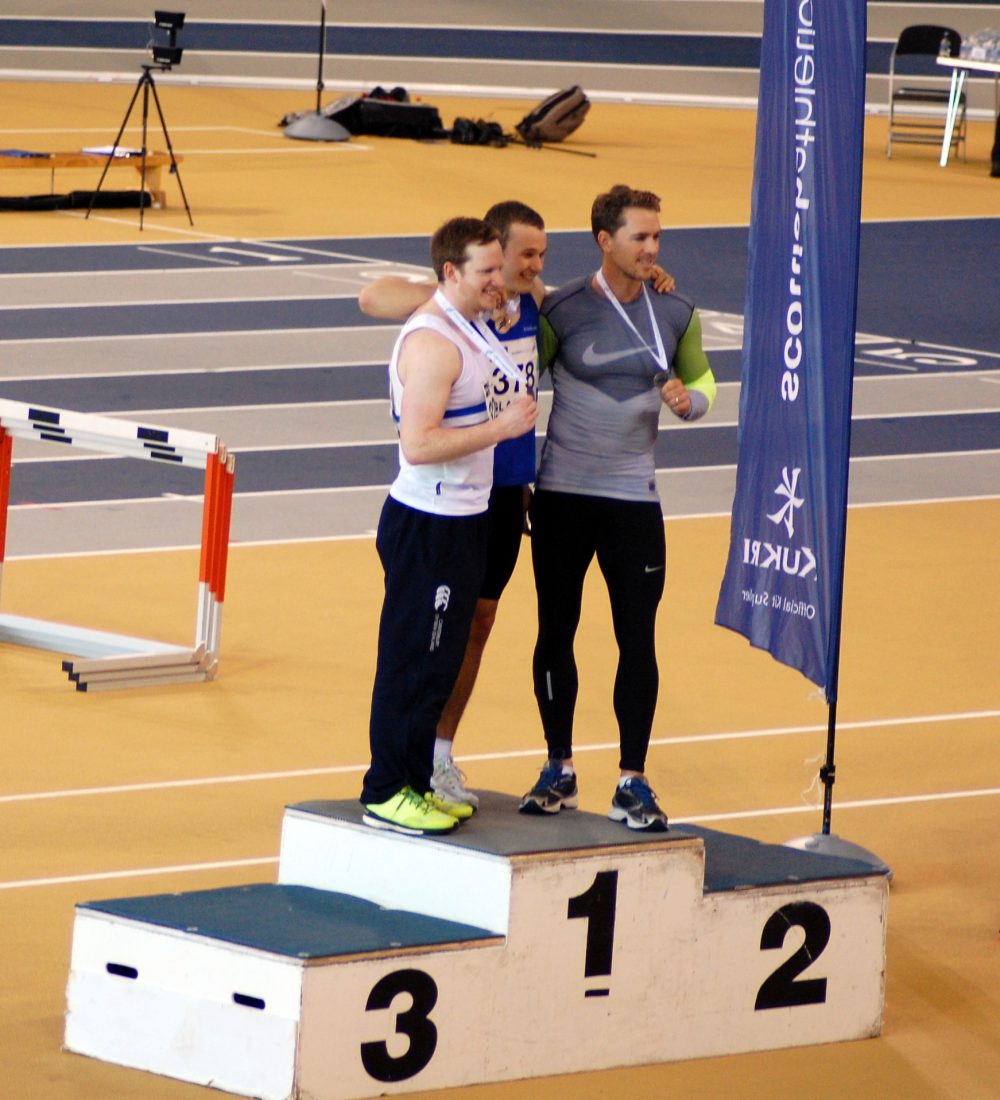