Jack Colmer was at his sprightly best as he claimed gold in both the U20 triple jump (13.15m) and long jump (6.19m) at the North East Indoor Track and Field Championships, at Gateshead International Stadium.

Fellow Tynedale member Louise Smith also clinched a gold in the field as her distance of 4.71m saw her top a field of 10 in the U15 girls’ long jump.

She went on to gain bronze in the U17 girls‘ triple jump with 9.32m, finishing behind teammate Eleanor Colmer who won silver by jumping 10cm further.

Louise’s younger sister Kate claimed a bronze in the U13 girls‘ shot putt by throwing a distance of 5.24m.

The following day, Tynedale enjoyed a 1,2,3 on the track.

Collins also claimed gold in the Masters 60m hurdles in a time of 8.24.

Youngster Kate Smith also left with a track medal as her time of 11.25 earned her second place in the U13 girls‘ 60m hurdles. She also competed in the 60m race and was third in the B final with 9.4 after running 9.29 in her heat. 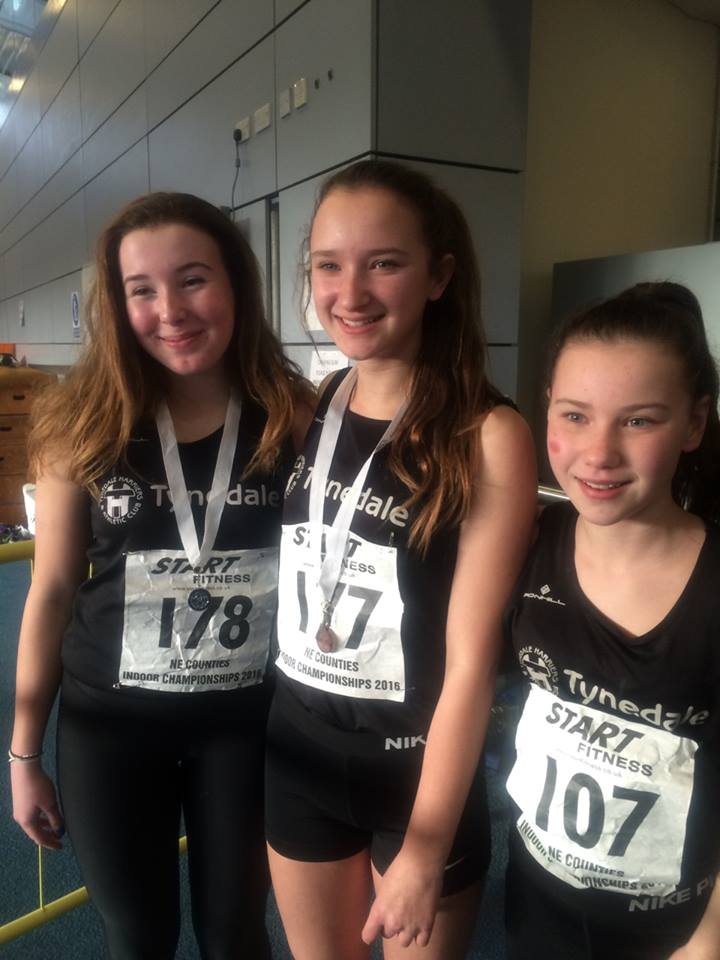