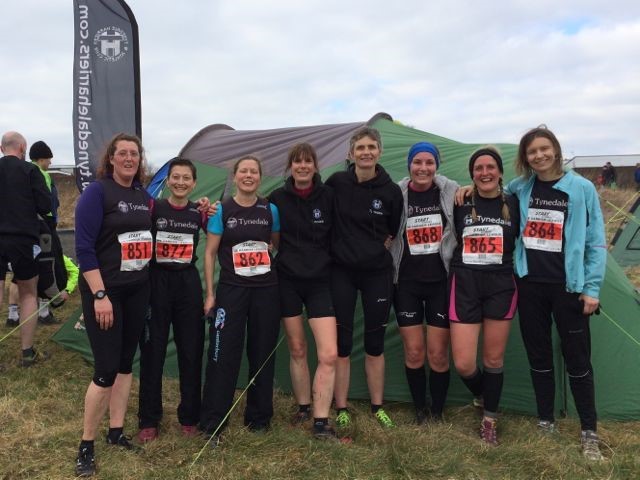 Well ladies – that’s it for another year!

Wrekenton was the final fixture for this season and despite having our smallest turnout of the season we had our largest ever cake contribution, with the result that I came away with a slight stomach ache after having 5 pieces of cake… Well, I needed to try each one, & then had to double check that Leanne’s chocolate crispie cakes were just as good as I thought. And yes they were!

8 of us turned out on Saturday and after all that torrential rain on Thursday night & Friday, we were surprised to find the course remarkably dry. Once again you didn’t need to get muddy shoes if you didn’t want to. The spectators on the hill were as loud as ever & there was good support for Tynedale around most of the course, thanks to our juniors who had already run, our men who were waiting to run, & our officials with their yellow jackets on who were waiting to start counting people across the finish line (& I’ve just realised that we forgot to bring you cake – sorry…..).

Charlie had a storming run from the medium pack to be our first counter in 50th place (out of 319 runners). Leanne, running from the slow pack, was disappointed not to have held her off on this occasion, but finished soon after in 73rd. Lucy Courtney (medium pack) didn’t quite manage to catch Leanne, finishing 2 places later in 75th. Our final counter was Kirstie, who was running from the fast pack & managed to make up a lot of her 4 minute handicap & finish in 104th place. They were followed home by Sonia, me, Rhiannon & Gillian. Well done all – another great team!

We finished on the day in 7th place in Division One, which meant that our overall position in Division One at the end of the season was also 7th! We seem to be fairly consistent!

In the season’s overall Individual Grand Prix, for the senior women, Leanne was highest placed Tynedale runner, as she finished in 40th place out of 254 athletes – not bad at all!! In the vet category, Kirstie was unsurprisingly first for Tynedale in an impressive 7th place (out of 425!). We had 4 runners in the top 30, and 7 in the top 100 – Sonia (12th), Charlie (19th), Lucy C (26th), me (33rd), Louise C (76th) and Rhiannon (80th). For a relatively small club, these are GREAT results. Well done everyone.

Special mention to Kirstie, Charlie, Lucy C & Rhiannon (& me too!!) for running in every single fixture this season – you are fantastic, & the core of the team. Those that ran 4 or 5 out of the 6 are pretty splendid too! Please come back & do it all again next year?

It was great to see so many new faces taking part in the XC fixtures this season, even if it was only for one or two races. We have had more ladies taking part than ever before & the atmosphere at the Tynedale tent has been buzzing. Please try & persuade your fellow Tynedale running buddies to give it a go next season! Everyone is welcome.

Thank you to everyone who has made cake this season – it has been a real treat having home-made cake after every race! I think we will definitely continue that next year!

See you all on Tuesdays.

PS All the results for each fixture and the overall team standings and the individual grand prix can be found at www.harrierleague.com

It was a memorable season for the men’s team too. And there were some brilliant performances throughout the season, rounded off by our promotion in the final fixture. Only 8 men turned out too but the standout performances were a 17th position and promotion to the fast pack from Adam Pratt, and a very speedy run from Rob Foster finishing 90th position from the Fast Pack for the first time.

We had 27 different runners turning out for the men this year with a number of debutants moving up from the junior ranks, all of whom had strong first seasons. Sean Wylie was the pick of the bunch and our overall Club champion. He will be running from medium pack next season alongside fellow senior debutants, Ali Maxwell, and Toby Routledge who were also promoted at the first attempt. For the first time in ages next season we will have 3 men running from the fast pack, as Adam, Rob, and myself all moved up. Tim Wylie, returning to cross-country for the first time in years, and inspired by a bit of father son rivalry, also improved over the season and moved up to the Medium Pack.

What was most pleasing was the fact we managed to get eight top 50 finishes over the course of the season backed up by the ever consistent Paul Hutchinson who was an ever present scorer (alongside myself!).

The Club Championship scores (aggregate of best 4 from 6) were as follows:

Wrekenton was the final fixture of this year’s Harrier league and our juniors finished in style.

In the U11 Boys Ciaran Lally and Blake English both competed for Tynedale rounding off their first Cross Country season with determined runs. I am sure the boys will be back for more next season.

In the U13 Boys Archie Marston, Aiden Pinkney, Gabriel Morley and Joe Green finished their seasons in fine form. Aidan was 29th and Gabriel 42nd both from the fast pack. From the slow pack Archie was 21st and Joe, who has recently raced at Parliament Hill in the English XC Championships, finished in 50th position.

The U15’s has been our strongest age group this season. The Girls were missing Ellie Bluck (school trip) and Ellen Ricketts (Country duties) but the squad put in a fine performance to finish 4th team on the day. Bella Chicken finished in 10th place from the fast pack followed by Freya Murphy, Poppy Goldsmith, Mhairi Shearer and Sophie Hayter.

Jaycee Shotton was our only representative in the U17 Boys. Jaycee finished strongly in 9th position on the day in 6th in the overall league. 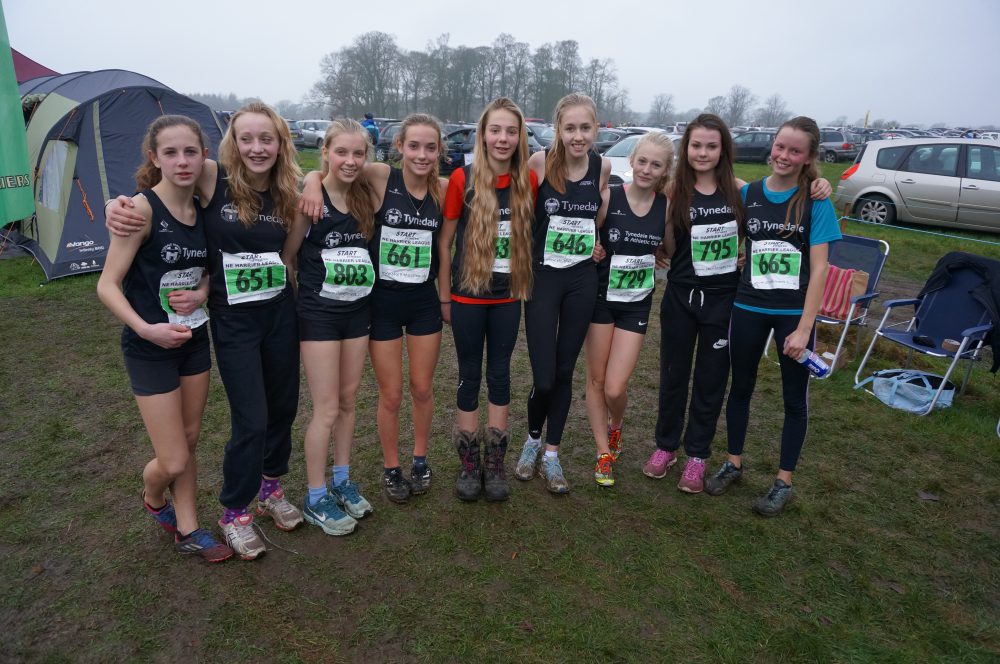 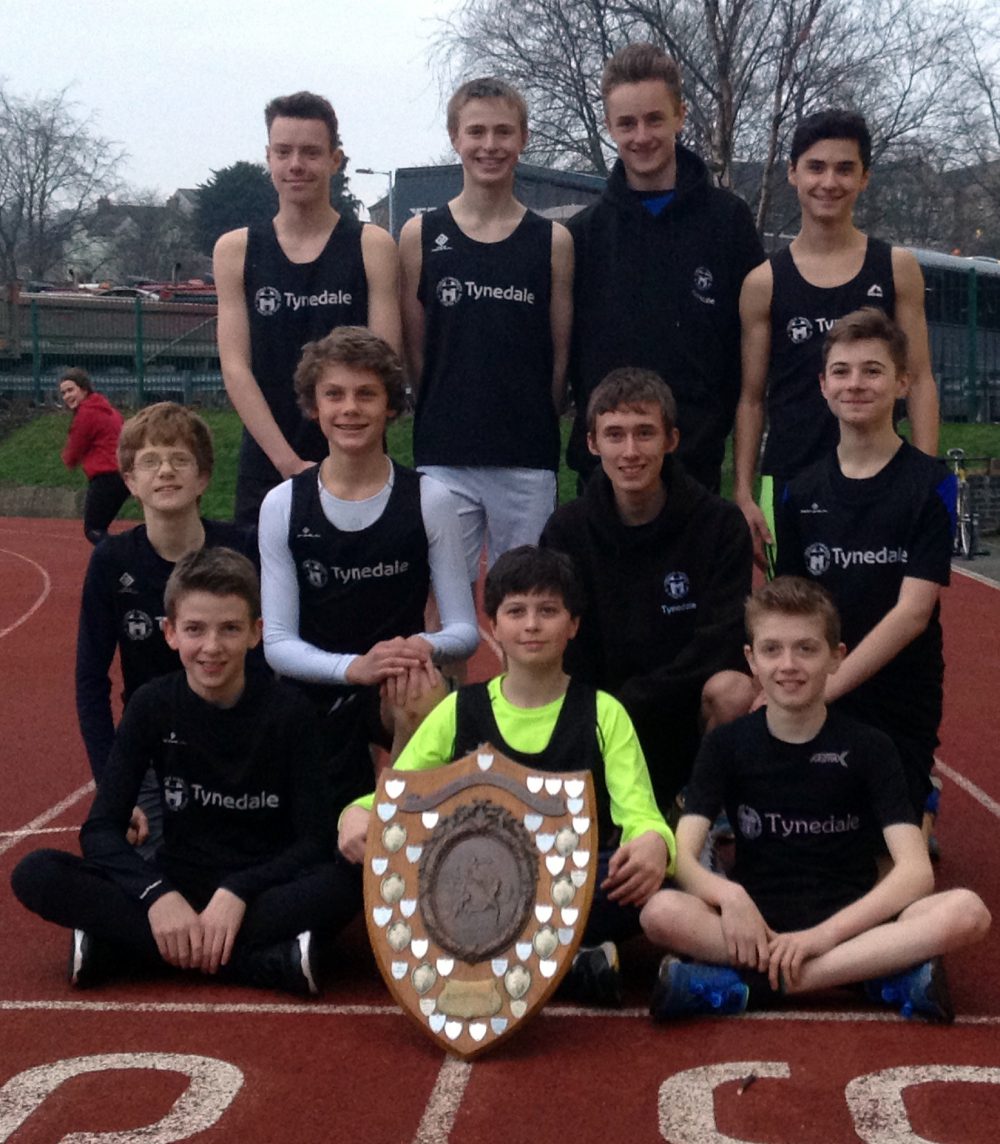 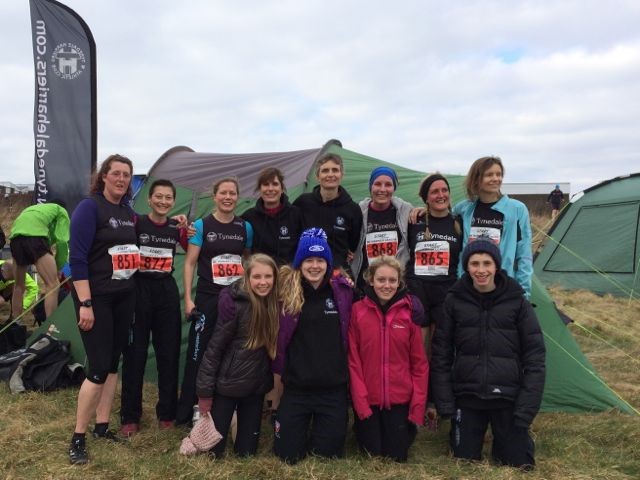