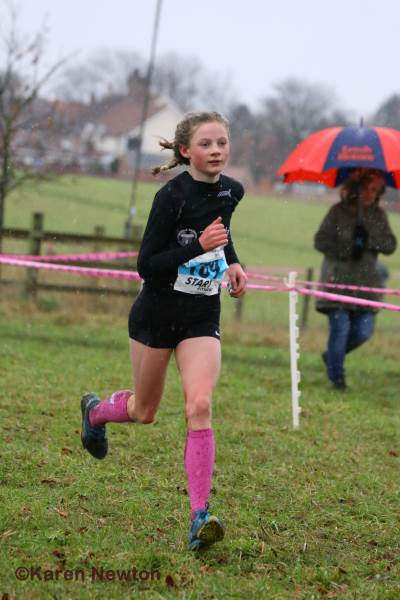 The annual North East Counties XC Championships took part on Saturday 12th December 2015. On her Twitter account Sunderland Stroller’s Ally Dixon said it was “by far the worst conditions I have ever raced in”. Morpeth and GB athlete Laura Weightman tweeted “was character building for sure”.

The weather conditions worsened as the day progressed from light rain to very heavy snow. Only a small number of Tyndale runners were brave enough to make the journey. Our first finisher of the day was Olivia Milburn (12th) in the U13 Girls. Olivia was followed home by Annie Anderson in 37th and Lucy Thorpe in 43rd. 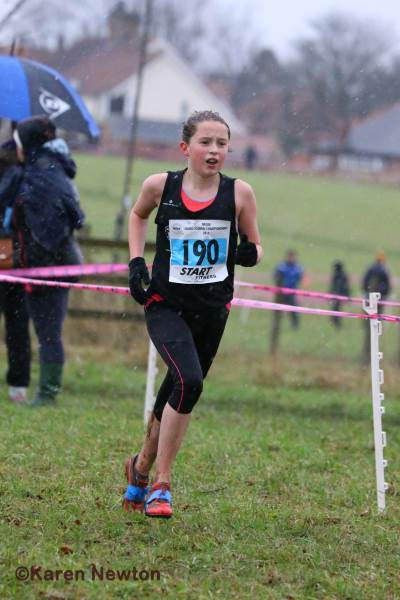 In the U15 Boys Alex Wood had the second highest Tyndale placing of the day finishing in 6th place. Cameron Grey also had a good run finishing in 18th place. Joe Green completed the team finishing in 58th position.  I think Alex and Cameron would both say that Indoor track running has a real appeal at this time of year! In the U15 Girls Keely French finished 23rd, Jasmine Couchman 26th and Bethany Nitsch 35th. 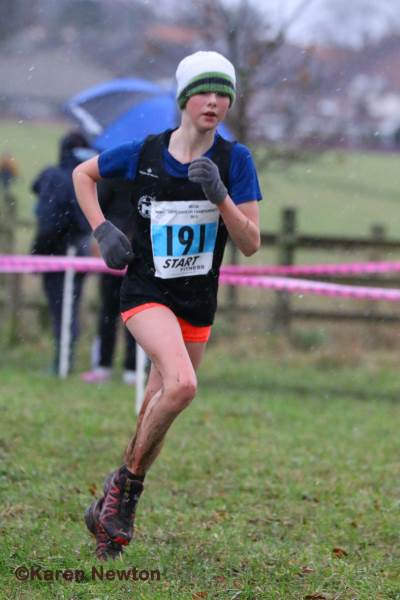 As the conditions worsened the Senior Men took to the course. Andy Green was our only runner. Andy finished in a very commendable 58th (to match son Joe’s achievement) place on the, longer than usual, 12km route. After the Senior Mens race the course had taken a real hammering and the conditions were worsening making the last two races of the day even more unpleasant. Kirstie Anderson finished well up the field in 31st place in the Senior Women race in a very competitive race. 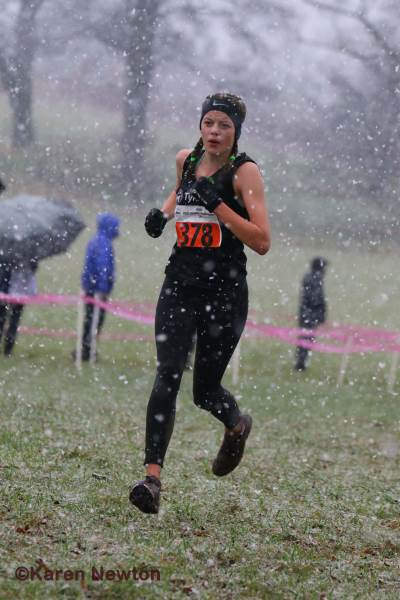 The U17 Men were last up. Max Pearson arrived late having left Hexham in the rain, heading down the A68 and very quickly hitting snowy conditions. Having travelled for 30 minutes down the A68 it was apparent that he would never make it on time via that route. A return to Hexham and back along the A69 was the only option. Turning up late may have been an advantage as many of the other U17 Men were shivering in tents when Max arrived. Max ran a better race than he had expected finishing in bronze medal position. He described the race as “quite good fun when the snow was on his back and really unpleasant when it wasn’t!” 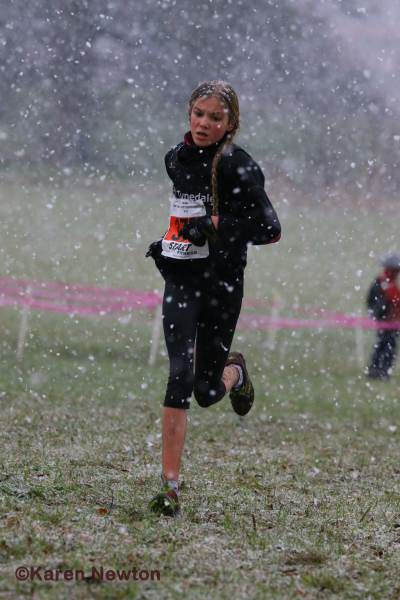 Many thanks to Clive, Ali and Jaycee Shotton who put the club tent up at 10.30am and took it down at 3.00pm in very unexpected conditions. The club wishes Jaycee a speedy recovery from a broken finger which is in a cast for a few months.

I think all those that made the trip to Sedgefield would agree that NECAA and Sedgefield harriers did a fantastic job in hosting the event and would extend there thanks to all Marshals and Officials standing there all day in freezing and wet conditions. 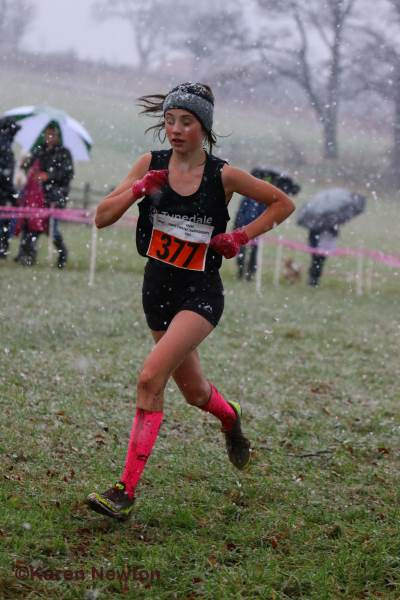 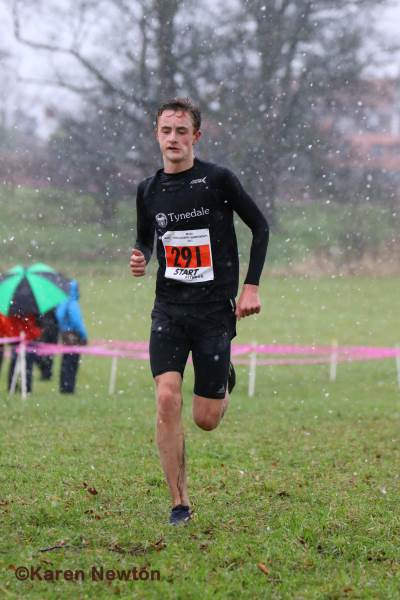 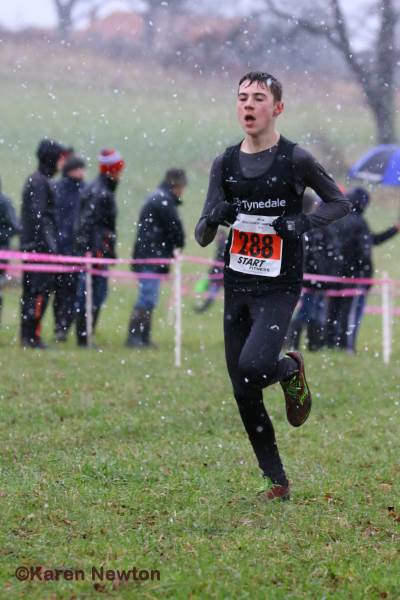 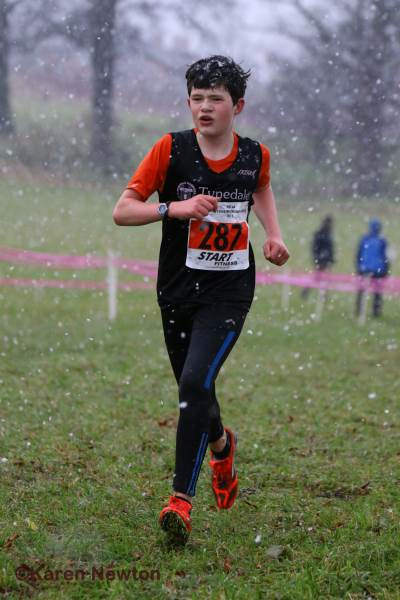 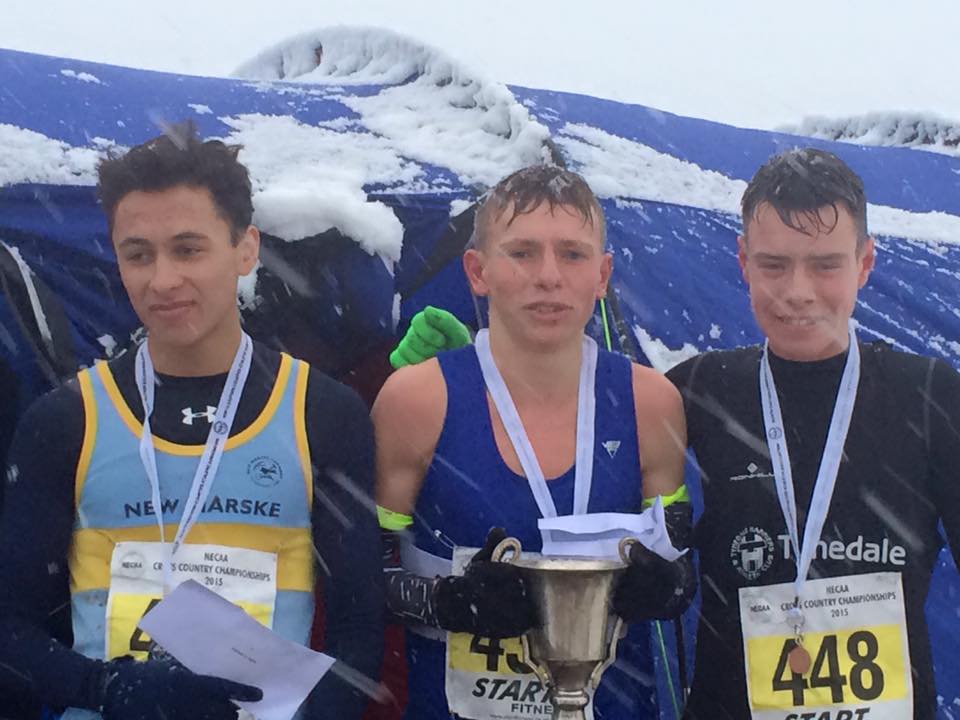