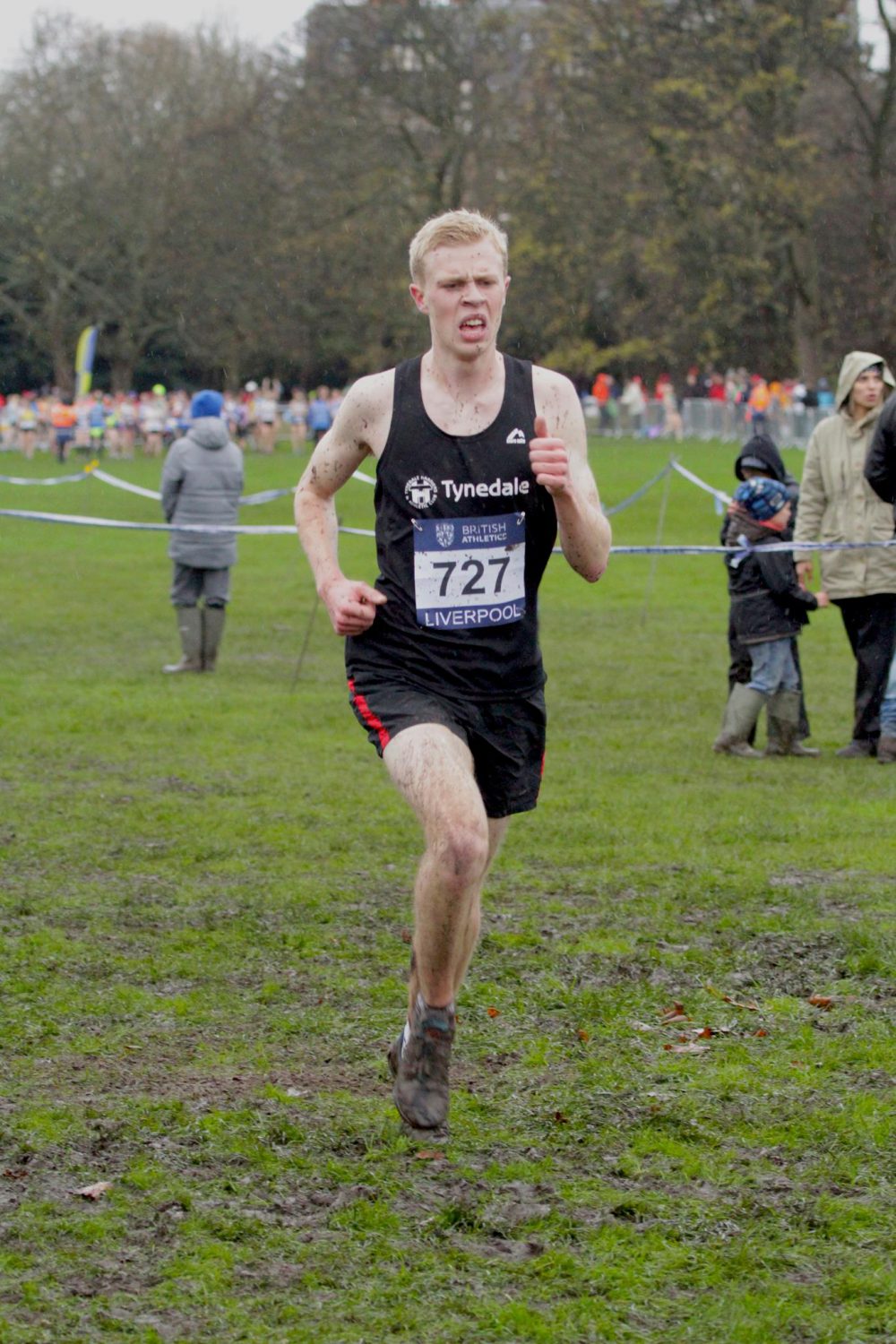 A fixture clash with the increasingly popular North East Harrier league meant that there was only one Tynedale representative in the second round of the British Athletics Cross Challenge in Liverpool’s Sefton Park. The race also served as the official trial for the European Cross-Country Championships shortly to be held in the south of France and as a consequence the quality at the sharp of end of the senior and under-20 races was of the highest order. Jonny Currie, now based in Birmingham during term time, donned his black Tynedale Harriers vest to line up in an impressive field of the country’s finest talent in the under-20 6.7km event over 2 punishing muddy laps in windy conditions.

Jonny positioned himself handily in the middle of the field for the first kilometre and maintained his form out onto the second lap as the field began to string out. On the second circuit Jonny was able to reap the benefits of a good start to his winter training and held on gamely for a fine finish in 61st position in the 130 strong starting field.

Next up for Jonny is a run out in his red and gold university colours in the Birmingham cross-country league before heading northwards to join his Tynedale club-mates in Sedgefield for the North East Counties cross-country championship on December 12th.