Gold for Jonny at Scottish Championships 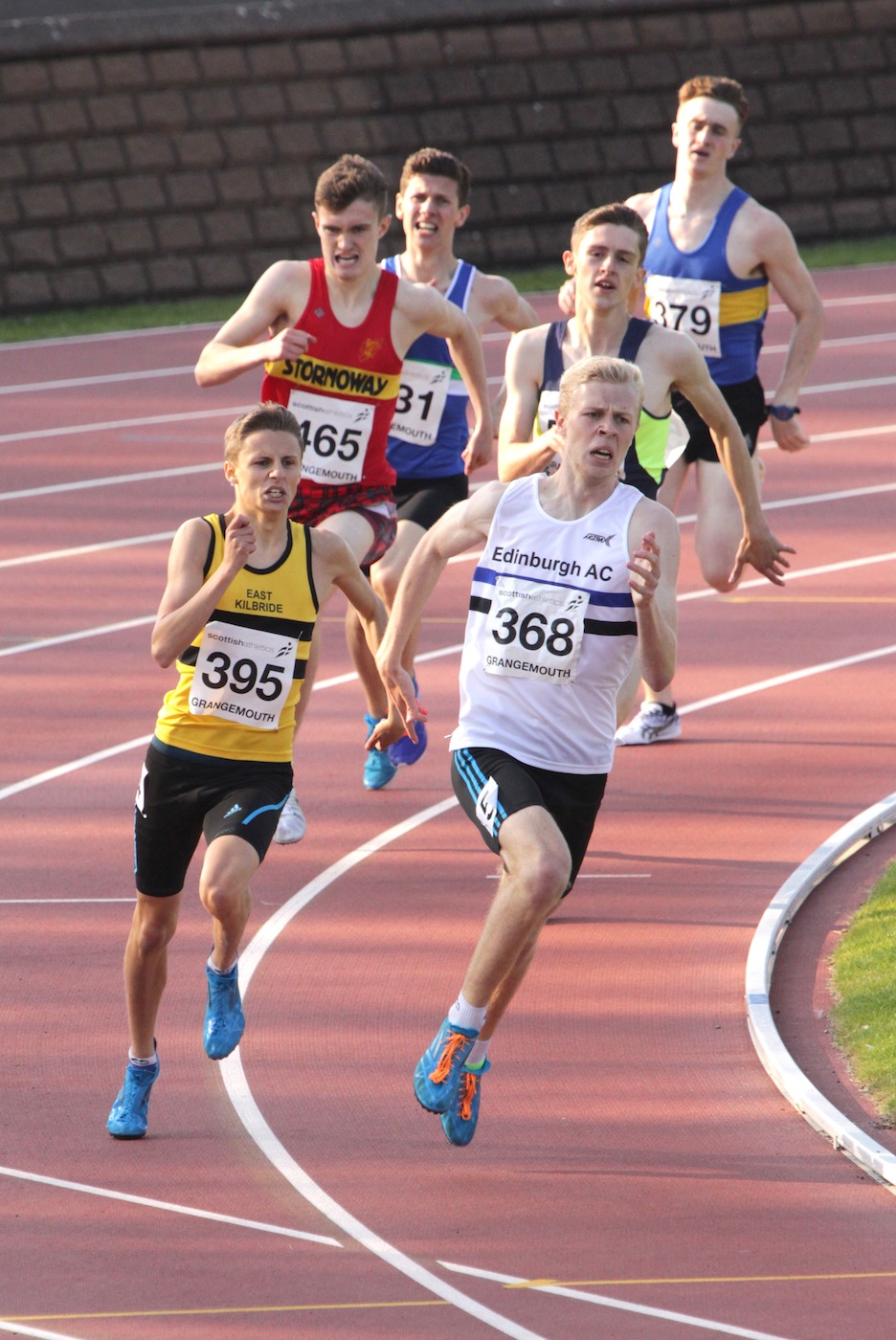 A record entry of over 1000 athletes meant that the Scottish age-group championships at Grangemouth Stadium on the weekend of 22nd and 23rd August were hotly contested. The championships represent the season’s climax for the cream of Scottish junior athletics. Max Pearson competed in the U 17 1500m while Jonny Currie, a regular at this event with a Scottish qualification on his father’s side, competed in the U20 800m.

Max was first to run on the Saturday. He qualified comfortably in fourth place in his heat. The final was a tough race. The first 400m was a very fast 61sec lap. Max struggled to maintain the early pace and after 600m dropped back to a chasing pack. As the race progressed he maintained his position and started to catch the leaders as the early pace took its toll on them. He finished in bronze medal position.

The Under 20 competition was on the Sunday. Jonny, having watched Max on the Saturday, was keen to do well. This year he faced his stiffest test yet in a highly competitive under-20 800m with 6 runners within a few tenths of each other at the top of the pre-event rankings Jonny has been in good form recently and looked confident cruising to victory in the 3rd of 3 heats. A little over 3 hours later he lined up in lane 5 for the 10-man final. A stiff breeze meant that no-one was willing to commit to leading and there was some preliminary jostling for position with the runners reaching the bell still tightly bunched. Jonny was always attentive and well-positioned and made his move on the back straight with just under 300m to go taking East Kilbride’s Aidan Gilbride with him. He led around the top bend and kicked again entering the home straight to prevail by 5m with the remainder of the field trailing in his wake. The final time was not quick by his recent standards thanks to the sedate opening pace but Jonny had clocked an impressive 55.5 seconds for his final lap and in the blustery conditions he was more than happy with his first 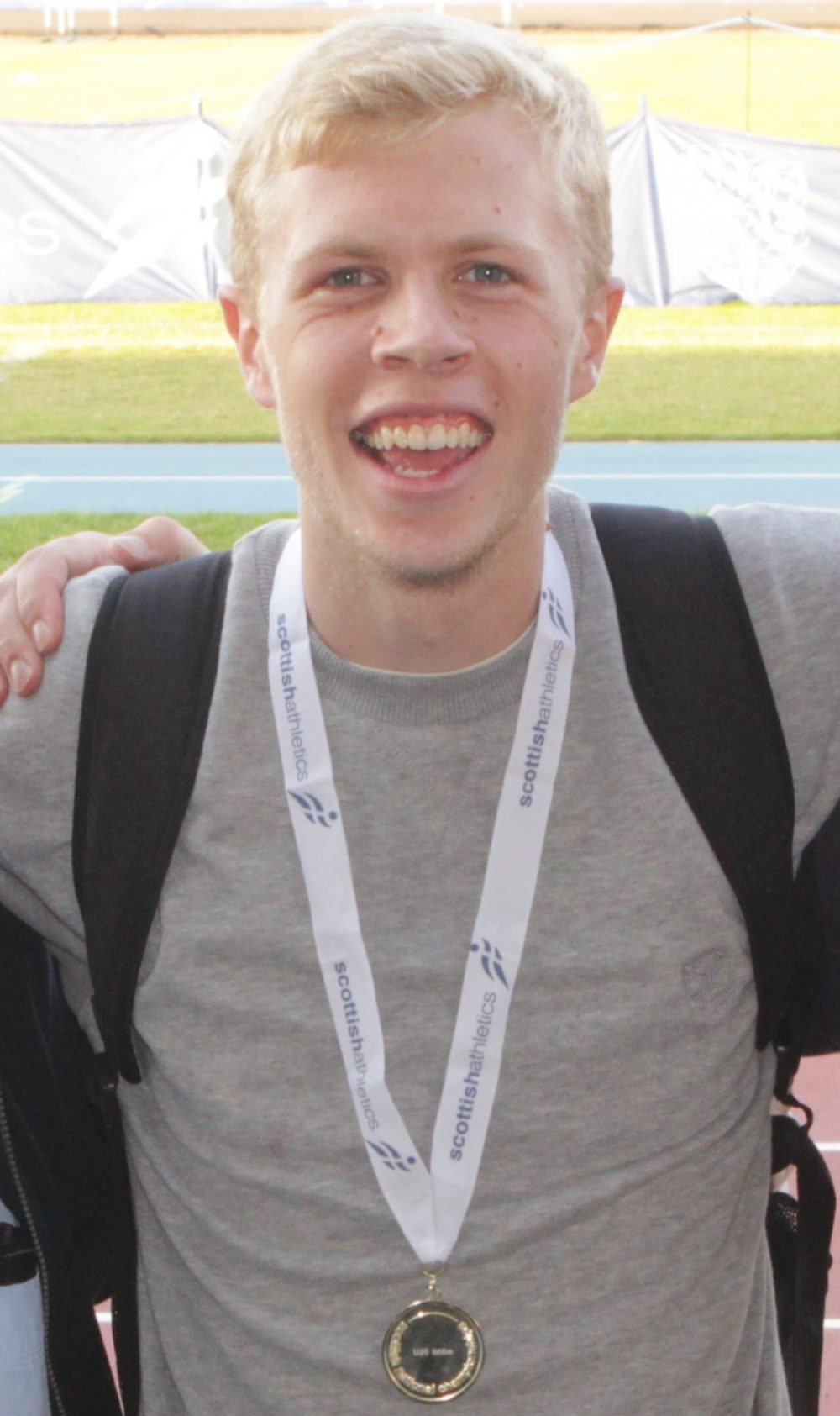