Cross-country running in the north-east continues to grow in popularity as shown by the record number of runners at the weekend’s races at Temple Park in South Shields.  With a slightly different format to the other 6 North East Harrier League (NEHL) fixtures, this event traditionally has a much smaller turnout, but on Saturday almost 1300 runners from across the region ran in near-perfect conditions. 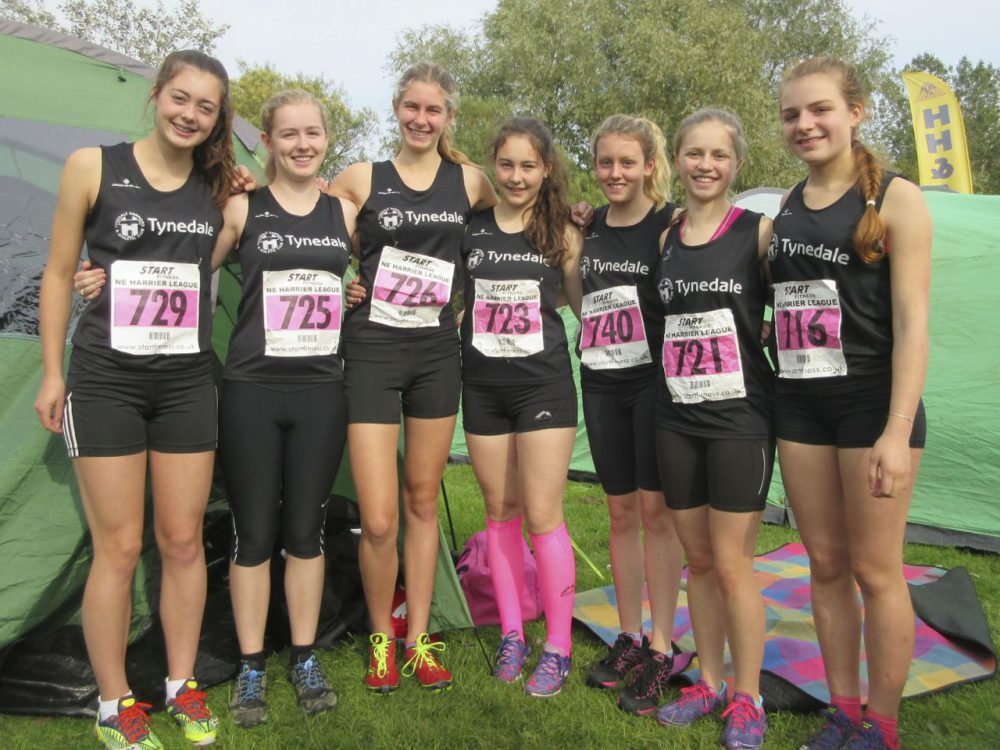 All the north-east clubs were represented, competing for the Sherman Cup (for the men and boys) and the Davison Shield (women and girls).  The races are mass start and non-handicapped, so the usual NEHL “packs” do not apply.  This gives the faster runners a chance to really shine.  It is also the only race where seniors and veterans are counted as different age groups.

First to be decided was the Davison Shield.  The results from the U13, U15, U17/20, Senior and Vet teams are all combined to get the final club result, and Tynedale were delighted to be in bronze position at the final count!  For the first time ever, the local club managed to turn out full teams of at least 3 runners in every age group, and this made the crucial difference to their overall score.

First up were the U13 girls, whose team of 4 runners put in a very strong performance to get the best result of the day for the Tynedale women, by finishing in 3rd place.  Olivia Stewart was first for Tynedale in 9th place, with Olivia Milburn (13th), Lucy Thorpe (15th) and Annie Anderson four seconds behind in 16th. 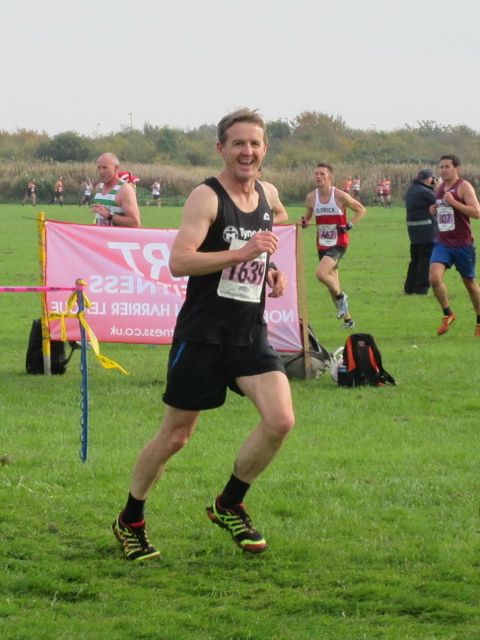 The U15 girls had a team of 6 runners and again had some extremely competitive finishes between them, giving them 4th place overall.  Tynedale’s three counters for the team were Bella Chicken, Keeley French and Jasmine Couchman who crossed the line in 17th, 18th and 19th places, with Bella and Keeley sprinting for the line to record the same time!  Poppy Goldsmith, Bethan Nitsch and Freya Barr completed this strong team.

Traditionally Tynedale’s U17/U20 women’s team has been incomplete, with only one or two competitors.  On Saturday, they were really delighted to have not only their biggest team ever with 7 runners, but to have the biggest team of all the north-east clubs in that age group!  Hannah Pinkney finished in 7th place, followed by Ellie Bluck in 24th and Sophie Hayter in 37th.  They were supported by Laura Vickers, Anna Channon, Freya Murphy and Ellie Barr.  The team finished in 6th place. 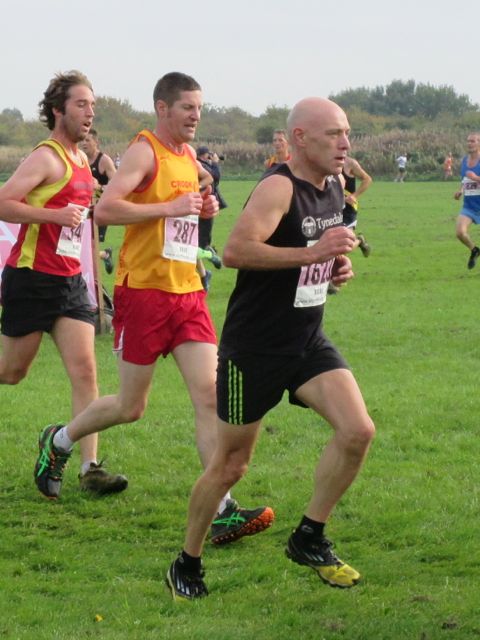 Finally, in the Davison Shield competition, it was the turn of the Senior and Vet women.  Just 3 short years ago, there was a small field of 124 women.  By 2015 the field has mushroomed to 320!  Kirstie Anderson had a storming run to finish 13th overall and take the medal for the first Vet.  Charlie Pinkney and Kim Bluck were the other 2 counters for the Vet team, supported by Lorraine Cowley.  Laura Henderson, Alex Bennett and Kate Lowdon, all running in their first cross-country fixture for Tynedale, made up the senior team.  After being stuck in stationary traffic in Gateshead on their way to the event, Alex and Kate feared they would arrive too late to run.  With the women already on the start line as they arrived at the venue, they didn’t even have time to attach their numbers before starting their run as the women had already set off!  It was an impressive performance, and one that meant the club had full teams out across the age groups, giving them third place overall in the Davison Shield competition.

The women’s race was dominated by top-class national athletes who battled right to the end for the honours:  Emily Stewart (Newcastle University) was first in 21:36, with Rosie Smith (Durham City Harriers) second in 21:48, and Justina Heslop (Elswick Harriers) third in 21:50.

Tynedale’s men were disappointed to finish 10th in the Sherman Cup, but were not overly surprised as despite having a better turnout than in previous years, they didn’t manage to turn out full teams across the board and so failed to really challenged the top clubs.  Team Captain Andy Green said: “Unlike last year there were more clubs who managed a full complement of teams this year, so even if we had got everyone out we would have struggled to make the top 3.  Nevertheless we finished 10th overall, which is close to our league position.” 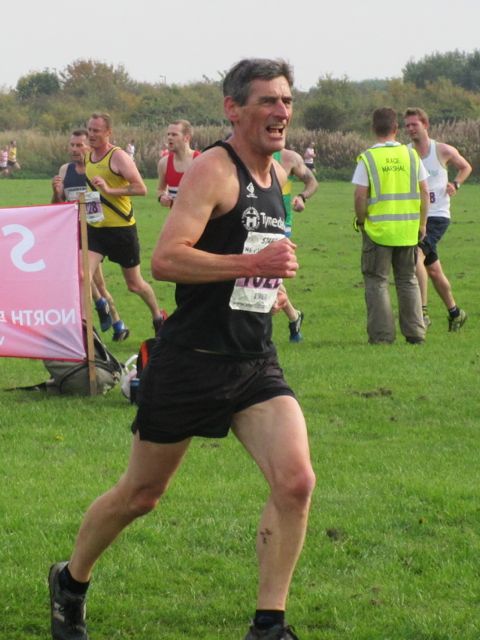 In a field of over 460 runners, Adam Pratt led the Tynedale men home in 55th place.  Lea Stephenson was the club’s other Senior runner, finishing in 275th.  In the Vets’ competition, Peter Hearn was first to finish for Tynedale in 121st overall, with Ivan Newton (155th) and Ian Brown (158th).  They were supported by Mike Broadhurst, Peter Murphy, Paul Edwin and Peter Graham.

The men’s race was won overall by Lewis Timmins of Morpeth Harriers and AC in a time of 30:18.  He was followed home 6 seconds later by clubmate Sam Hancox who just stayed ahead of Marc Fenwick of Tyne Bridge Harriers.

Tynedale’s U13 boys turned out a team of 4 runners: Steven Clark (18th), Archie Marston (40th) and Oliver de Costa Evans (61st) were the 3 counters, supported by Tom Barrett.  They finished 11th team on the day. 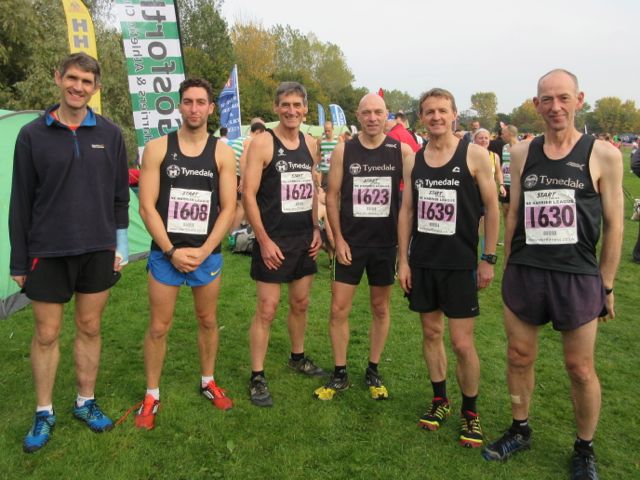 The U15 boys’ team was the strongest Tynedale team of the day, finishing 2nd in their age group.  Cameron Grey was first finisher in 8th place, with Ben Dykins in 12th and Joe Anderson in 21st.  Aidan Pinkney, James Weightman and Joe Green made up the team.

Tynedale did not manage to turn out a complete U17 team, which was a shame as its two representatives, Christopher Jackson and Jaycee Shotton had strong runs to finish in 8th and 16th places respectively.

Four members of Tynedale Harriers ran in the U11s races, although these do not count towards the Sherman Cup or Davison Shield.  Jemima Stewart continues to run well, finishing in 9th place, with Millie de Costa Evans and Rebecca Green also running in the girls’ race.  Blake English was the only Tynedale representative in the boys’ race.

There is now a 6 week gap before the next NEHL fixture at Aykley Heads in County Durham on November 21st, swiftly followed by Druridge Bay on November 28th. 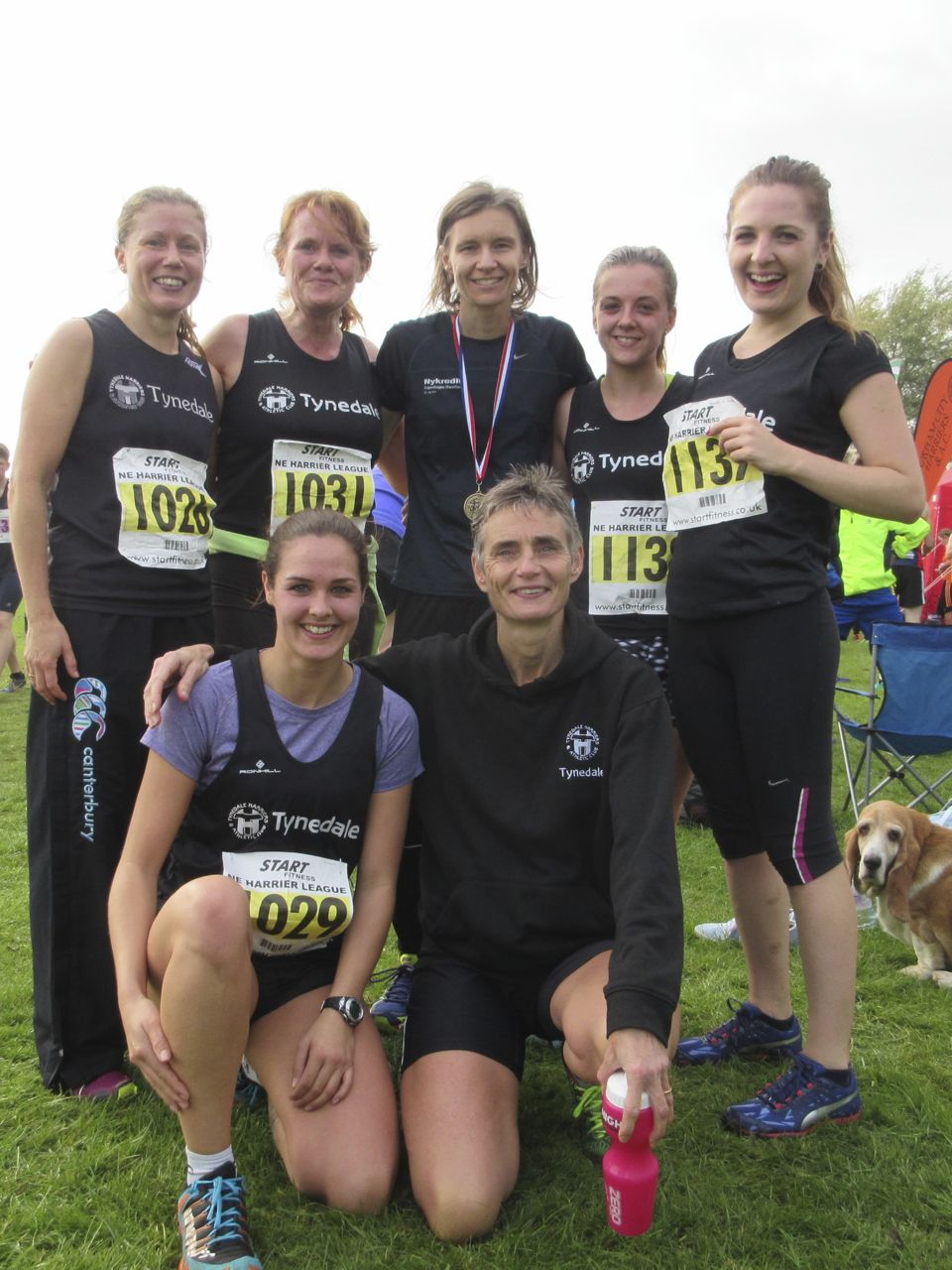